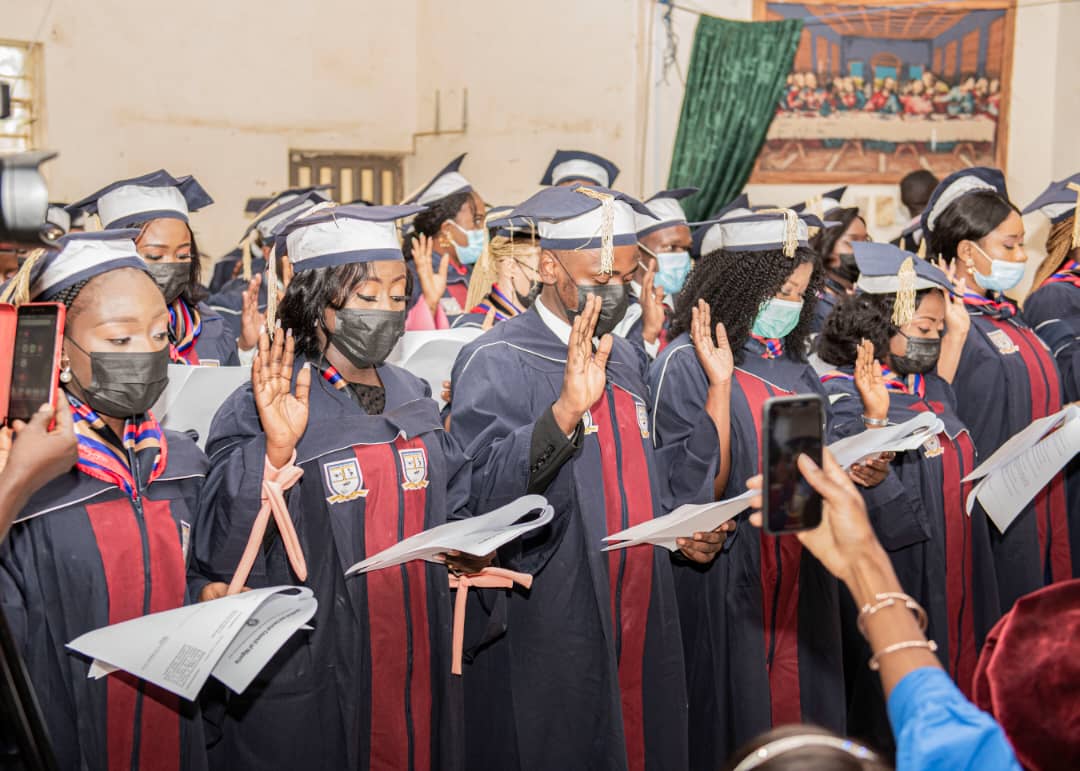 The Management of Bingham University has inducted another set of 47 medical doctors into the medical profession.

Speaking during the induction ceremony, the Vice-Chancellor, Prof. W. B. Qurix, OFR was full of gratitude to God for the progress being made in the university. He appreciated the support the College has received from well-meaning individuals and stakeholders over the years.

Prof. Qurix said with the induction of 47 doctors, the university has so far successfully produced 305 doctors in total.

The Vice-Chancellor stated that the university was well on the path of becoming a world class university as seen in the recent strides spanning across infrastructural and staff development, recognition from international institutions as well collaborations with foreign institutions amongst other areas. 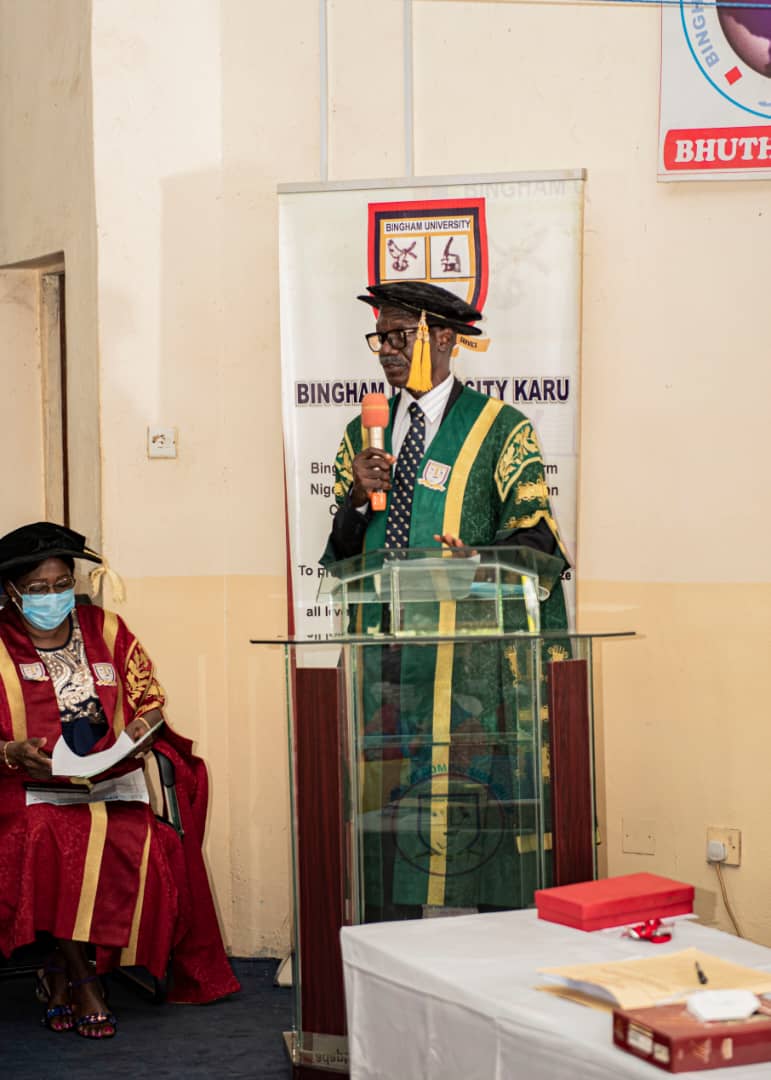 Vice-Chancellor, Prof. W. B. Qurix, making remarks at the event

Prof. Qurix appreciated the set being inducted for their Christ-like compassion when during their rural posting in Kagoro, they contributed and donated money towards the care of a young boy who was suffering from cancer.

Also speaking, the Chairman of the Bingham University Board of Trustees and the President of ECWA, Rev. (Dr) Stephen Panya Baba, said he was highly delighted that the university was moving in the direction of its visionaries. He therefore thanked the management and staff of the University for the good work. In conclusion, he advised the inductees to always stand with Christ as they uphold the ethics of the medical profession. 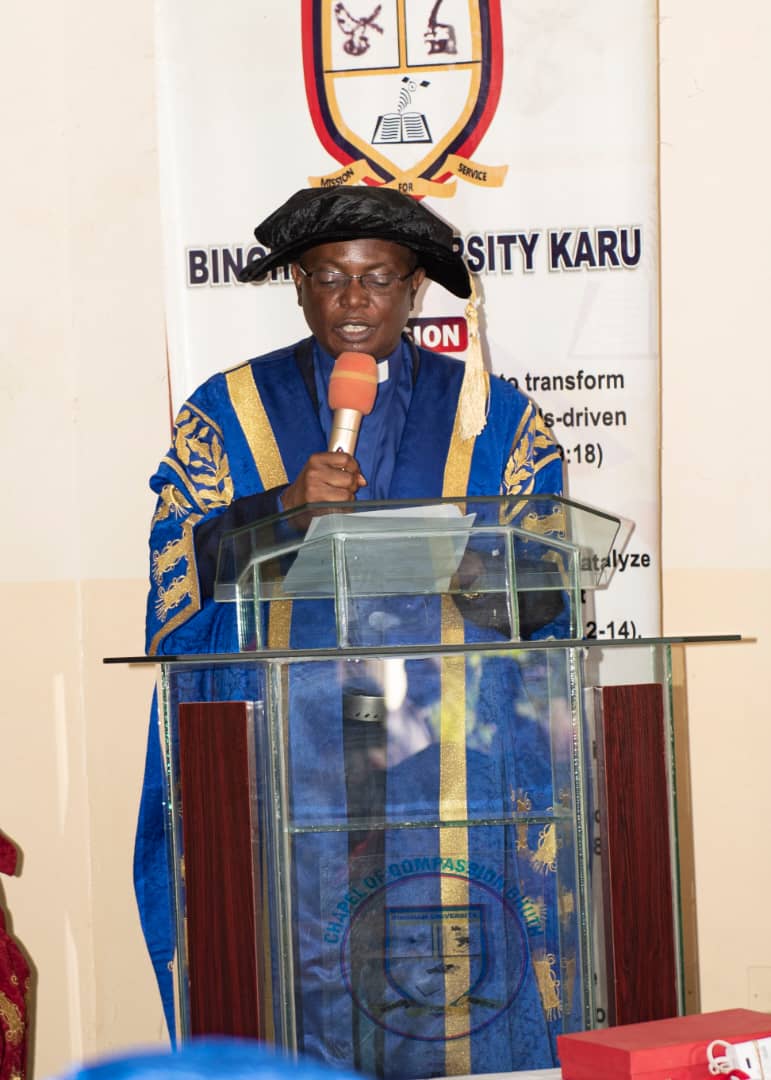 Speaking earlier, the Provost of the College of Medicine, Prof. Alhassan M. Yakubu expressed happiness that the inductees sailed through the rigors of medical school. He was full of praises for the inductees for contributing huge sum of money towards the treatment of a boy suffering from cancer during their rural posting in Kagoro.

He equally appreciated the leadership of the ECWA Women Fellowship International for donating a prize to the best graduating student in Obstetrics and Gynoecology.

Also speaking, the medical elder for the day, Prof. Edmond Banwat, who is the Chief Medical Director of the Jos University Teaching Hospital (JUTH), addressed the inductees on the secrets of a successful career. He emphasized the need for them to always remember and uphold the nobility of the medical profession and the desire for knowledge.

He charged the inductees to stay humble and compassionate as Jesus as they remember the quote by Hippocrates which says “practice two things in your dealings with disease; either help or do not harm the patient”.

The Registrar Medical and Dental Council of Nigeria(MDCN) who was represented by Dr. Victor Gbenrose, was full of praises for the university for the good training being passed on to the medical students. He commended the institution for succeeding despite the challenges.

He thereafter administered the Hippocratic Oath on the 47 inductees.

The highlight of the event was the recognition and presentation of prizes to the best graduating student in Obstetrics and Gynaecology which all went to Dr. Dashe Naanpan Precious. 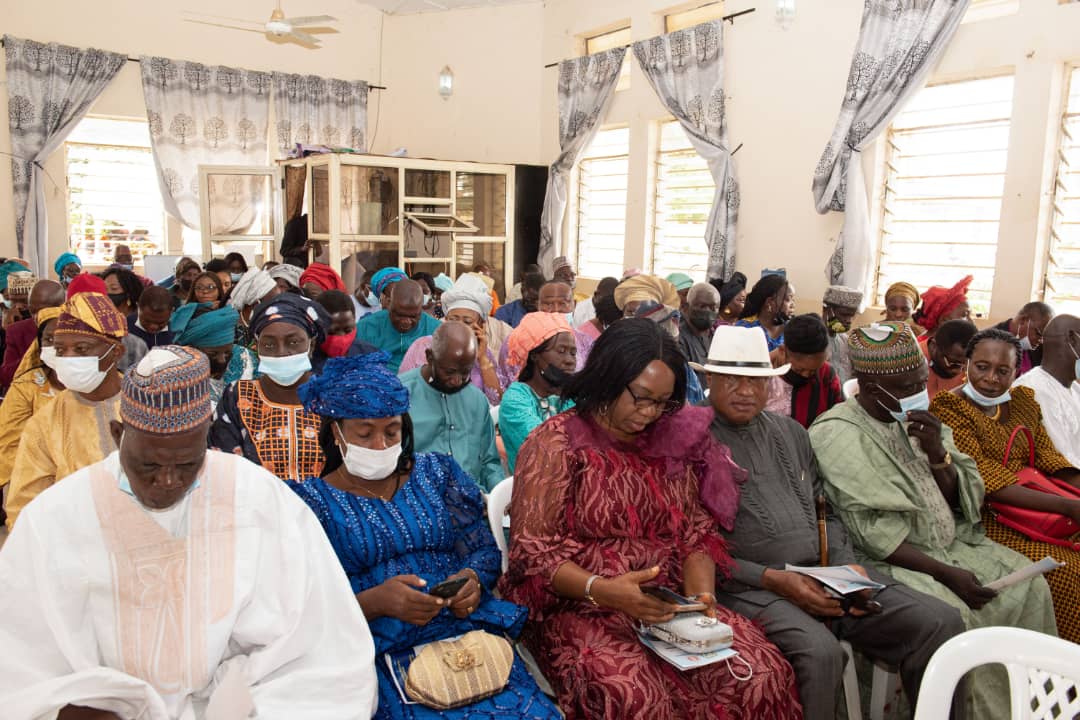 A cross section of parents at the induction

In his remarks, the representative of the graduating class, Dr. Ocheme Victor was full of gratitude to the Management and staff of the university for the good training they have enjoyed as students. He pledged on behalf of his colleagues never to disappoint the university and parents as they discharge their duties to humanity as doctors. 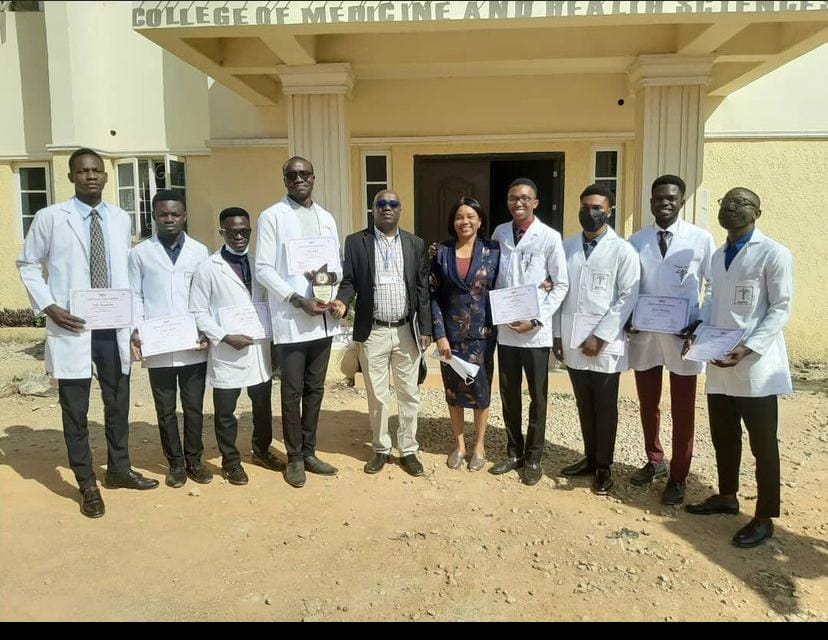 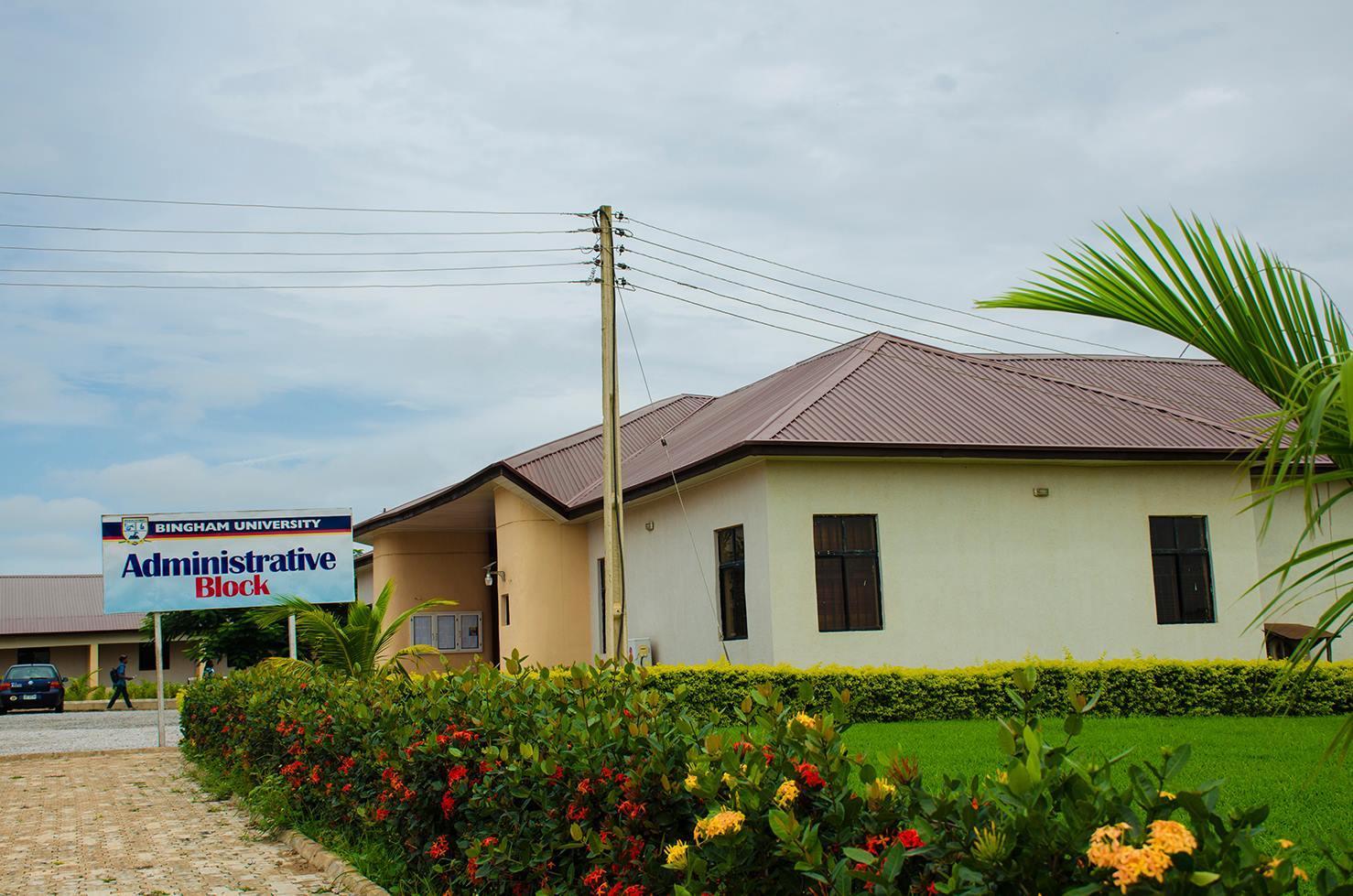 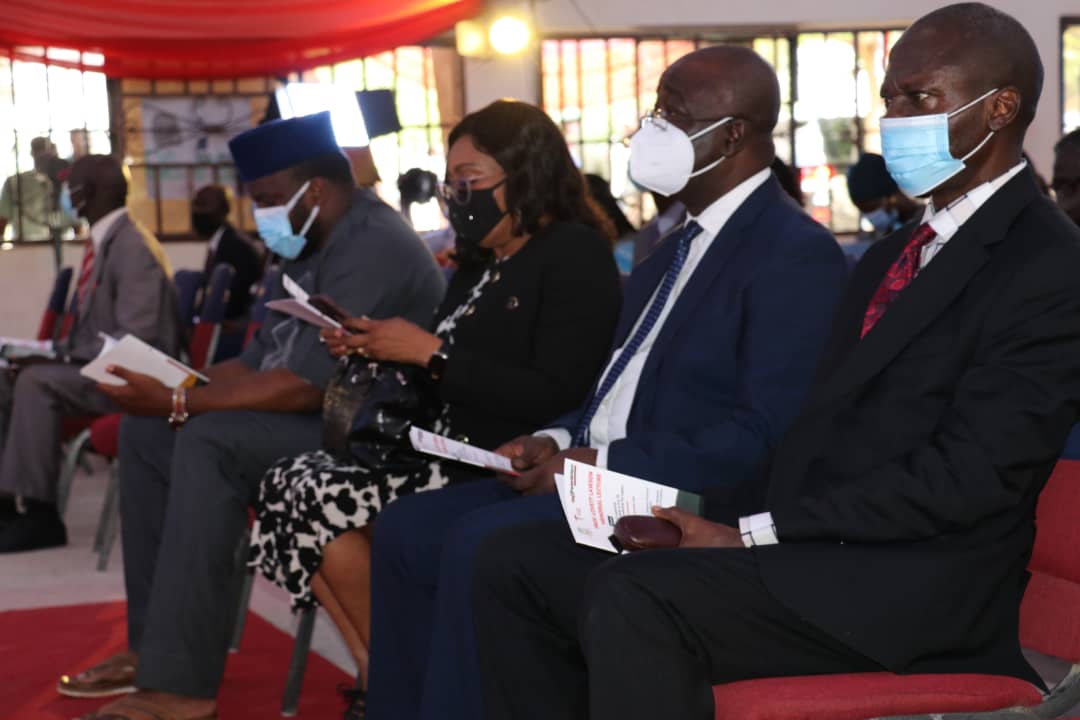 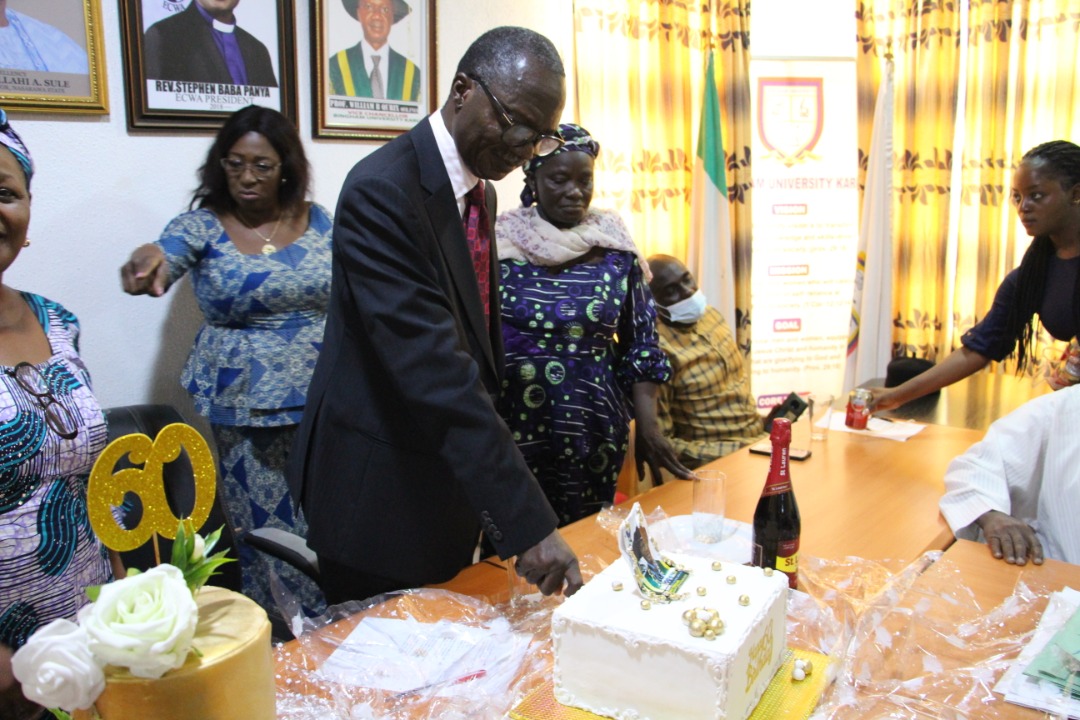 Members Of Management Celebrate Prof. W. B. Qurix, Ofr At 60